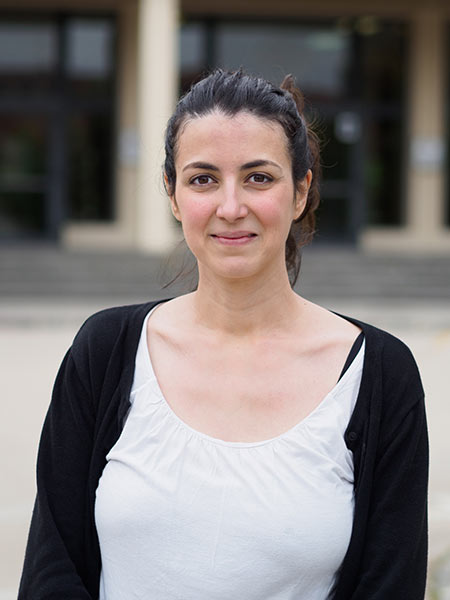 Pepa Martínez-Pérez is tenured CSIC Scientist at the Institute of Nanoscience and Materials of Aragón (INMA, CSIC – University of Zaragoza) since 2021. Before that, she was ARAID researcher at INMA (2017 – 2021). Between 2014 – 2017 Pepa worked at the University of Tübingen (Germany) and, between 2011 – 2014, at NEST laboratories (Scuola Normale Superiore di Pisa and Instituto Nanoscienze – CNR, Pisa, Italy). Pepa got her Doctor degree in 2011 from the University of Zaragoza.

Her current interests focus on the exploitation of nanoSQUID sensors to study spin dynamics in magnetic topological states at low temperatures and their coherent manipulation based on cavity quantum electrodynamics.

Her research has been funded by several grants and projects among which one Humboldt fellowship (German Humboldt foundation), one competitive JIN grant from the Spanish Ministry (2015), one “Leonardo grant” from the BBVA foundation (2019) and one ERC Starting Grant (StG-2020) on quantum magnonics. This project last till the end of 2025.

Pepa is member of the Condensed Matter Physics Division-GEFES and of the Aragón Local Section of the RSEF. She belongs to the quantum technology platform of the CSIC and regularly organizes cycles of conferences and seminars being very active in outreach work.

Measuring the magnon-photon coupling in shaped ferromagnets: tuning of the resonance frequency

Quantum size effects in the magnetic susceptibility of a metallic nanoparticle

Strong Coupling of a Single Photon to a Magnetic Vortex