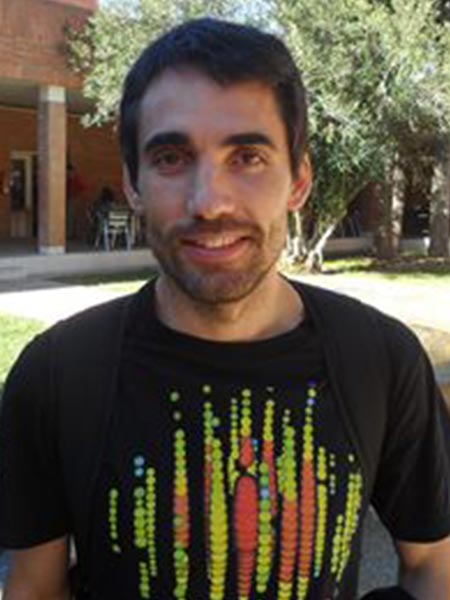 Carlos is a post-doctoral researcher at the Institute of Nanoscience and Materials of Aragón (INMA, CSIC – University of Zaragoza) since 2013. He got his PhD in 2006 at the University of Zaragoza on experimental Dark Matter searches at the Canfranc Underground Laboratory. In 2011 he was selected as Winter Over for the neutrino telescope IceCube at the South Pole.

Carlos has specialized in the development of particle and radiation detectors. At Q-MAD he is in charge of the characterization and optimization of Transition Edge Sensors for radiation detection for what he was awarded a JIN project in 2015.

Carlos is also very active in outreach activities and in particular, since 2015, he conducted the Science TV program “En Ruta con la Ciencia” on Aragon TV.

Production and relevance of cosmogenic radionuclides in NaI(Tl) crystals

Background analysis and status of the ANAIS dark matter project