Building the hardware of future quantum computers is one of the most fascinating challenges of today’s science and technology.

This line focuses on validating a novel hybrid approach, based on magnetic molecules coupled to superconducting circuits, and on exploring its potential advantages over other solid-state schemes.

A molecule, the smallest object in Nature that remains tuneable, can be designed to encode several qubits or, in general, d-dimensional qudits in their multiple nuclear and electronic spin states. Each of them then acts as a microscopic-size quantum processor. Using these systems as building blocks of a quantum processor unit (QPU) gives additional resources, e.g. it allows embedding error correction within each repetitive unit, and simplifies the implementation of some operations by reducing the number of nonlocal operations.

The coupling to superconducting lines and on-chip resonators provides the architecture to control the quantum spin states and to read-out the results. In the short to medium term (2-3 years) we aim to perform proof-of-concept implementations of error correction and quantum optimization algorithms on a small size (equivalent to 3-4 qubits) hybrid QPU. In the longer term, we aim to connect several of these units via effective interactions induced by the coupling to a superconducting circuit, thus creating a scalable architecture for large-scale quantum computation. 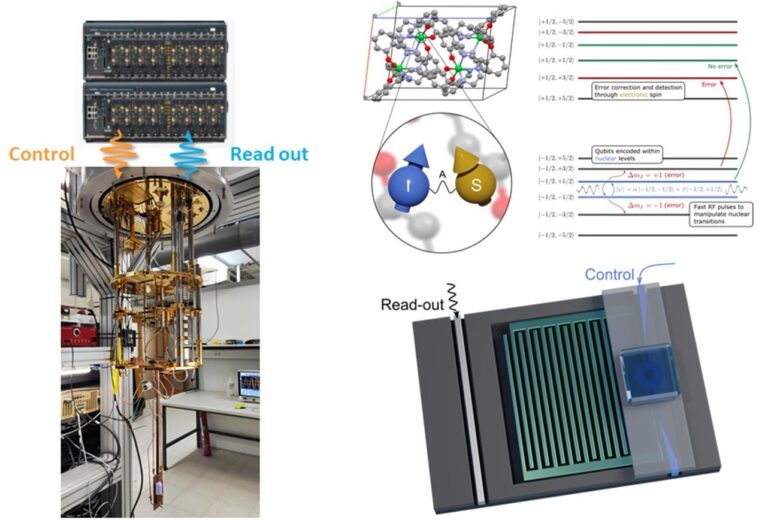 This research line is supported by two international collaborative projects: